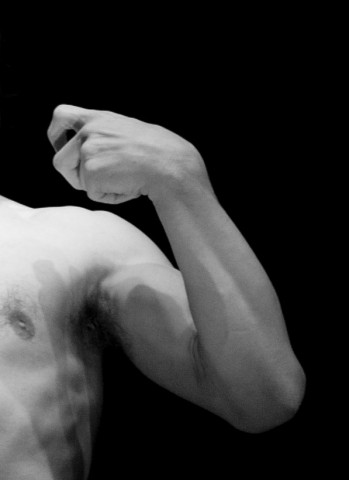 Inviting you to the obstinate observation of three men keeping the virile pose of David, just like 'man' tries to keeps his rank, role, masculinity, DAVID proposes a travel to David, a travel to ‘man’, in all his ways of being, in all his rich complexity, his contradictions, his ever changing moods, the turbulence of his soul, his fights and his failures.The Davids are here, they’re looking at us, welcoming us, inviting us. We look at them and by looking at them closely, by observing carefully their bodies, we will see the repercussions of what drives them, of what makes them so alive. And soon, still on the pathway to their look, we get to the threshold of their open-door souls, reaching up to their hearts, up to the whirlwind of their emotions.  To be David, to be a man. David is man, being David is impossible… But then, what about being a man? 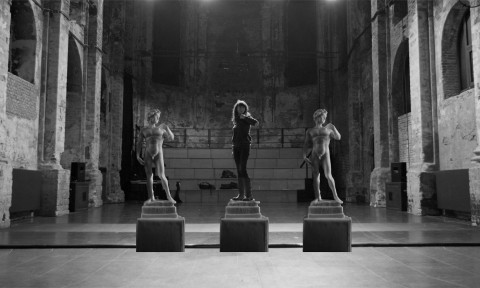 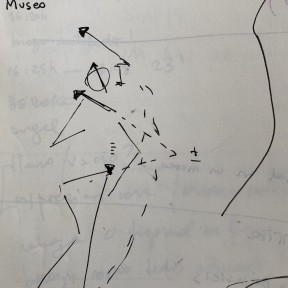 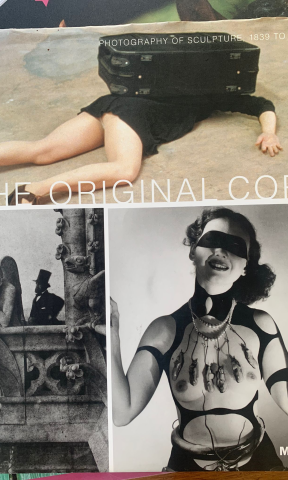 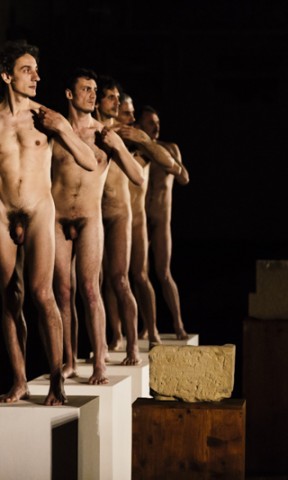 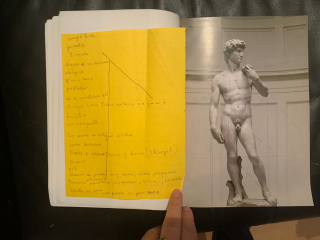 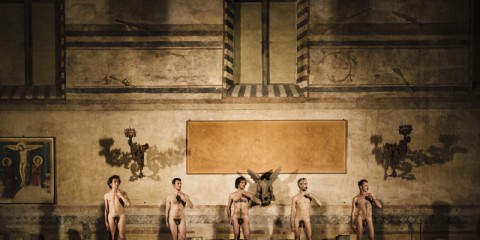