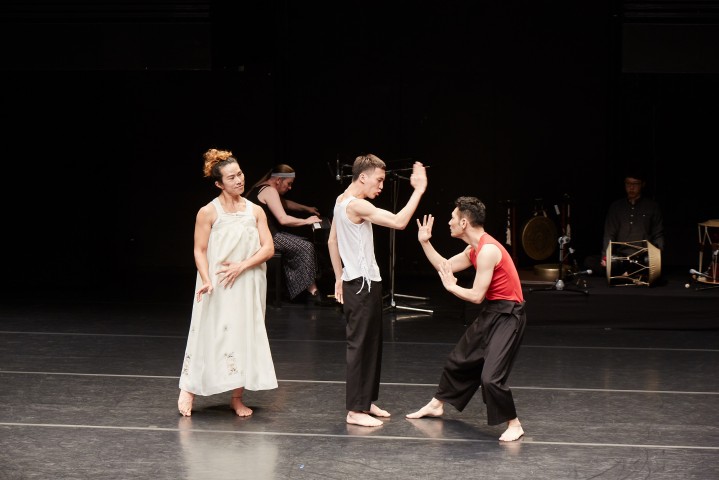 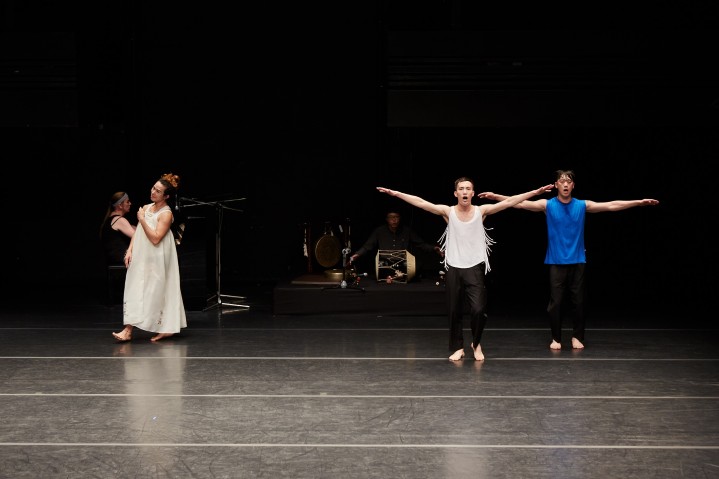 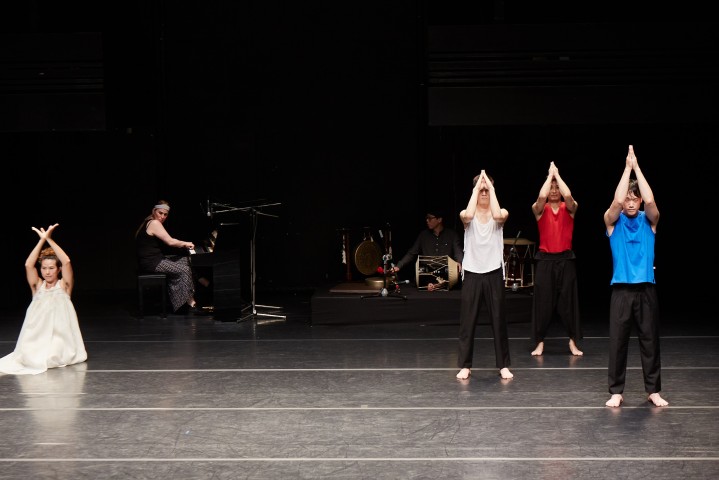 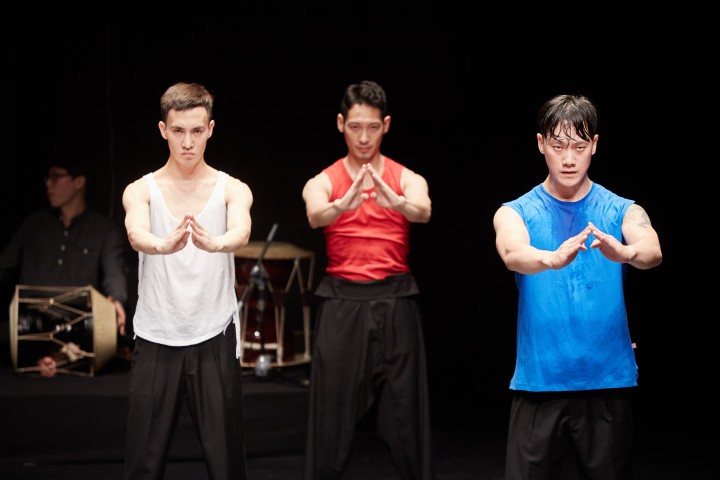 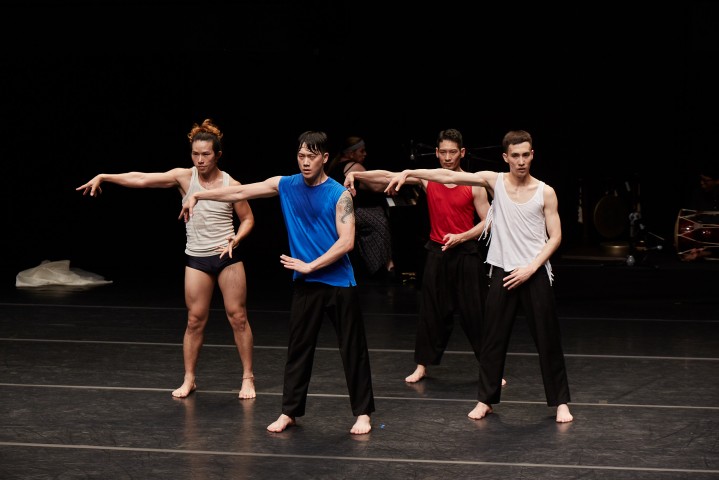 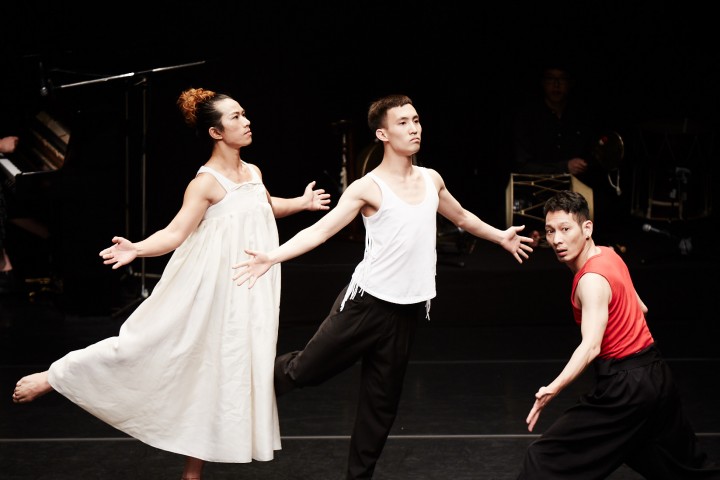 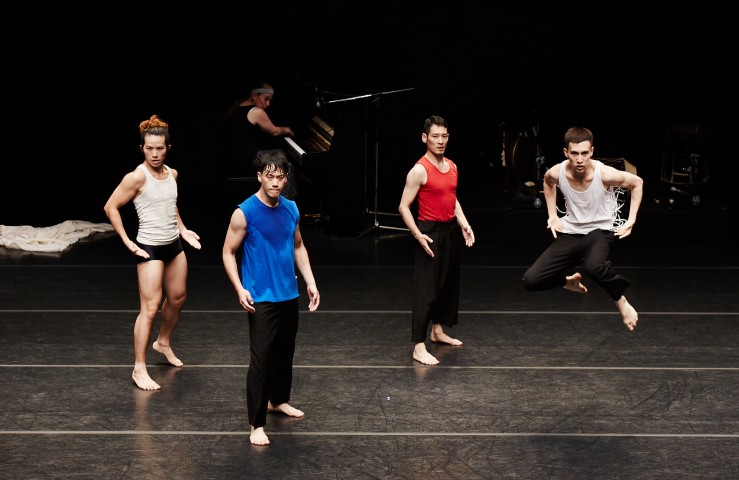 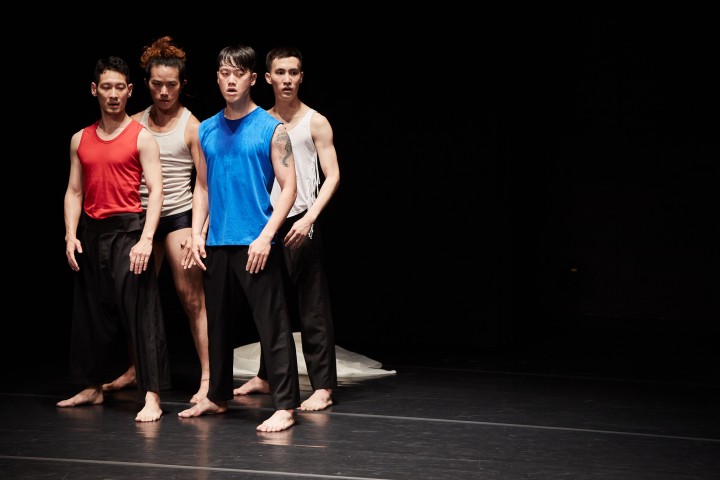 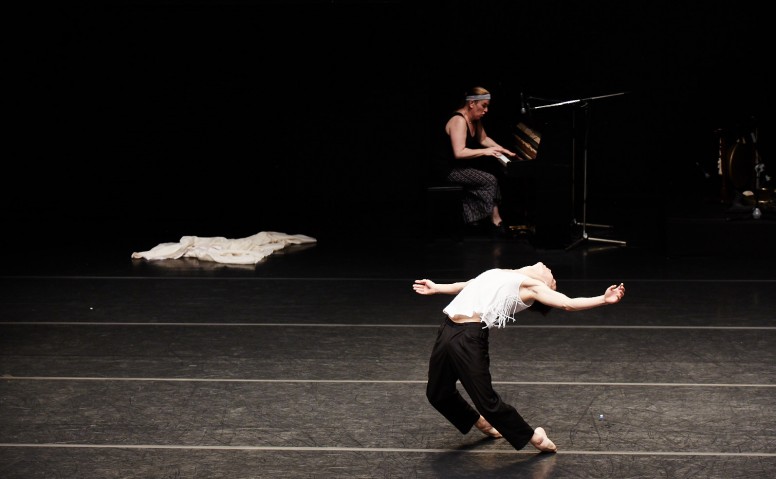 Nativos is a proposition from the Théâtre de Liège and the Korean National Contemporary Dance Company to Ayelen Parolin. The initial idea was to base it on her existing piece, Hérétiques. This work inspired by shamanism, attempted to invent a ritual in relation to our excessively codified, standardised, mechanical society.

Together with four Korean dancers, Ayelen thus sought to reactivate the choreographic material from Hérétiques whilst confronting it with Korean culture and in particular, its strong shamanic tradition. Their journey involved the whole team witnessing a shamanic ceremony in Seoul, which gave the project its unique colour: a questioning/reinterpretation of this shared experience.

Unlike Hérétiques therefore, Nativos starts with the unique identity of each interpreter and initially almost plays on an idea of absurd characters, situations and tonalities. It is a means of exploring new ground in the initial score and incorporating questions connected with the very process of this creation, the result of an encounter between cultures.

The outcome is an interplay of ambiguities surrounding certain clichés about Korean identity, combined with a reinterpretation of shamanic rituals which shake up the relationship to the rite, before focusing on the limits of the four dancers who are plunged into a fanatical, obsessive choreographic form. Everything is marked by and follows the tempo of a piano composition by Lea Petra (as in Hérétiques), combined with more traditional overtones by Seong Young Yeo, a Korean percussionist and singer. 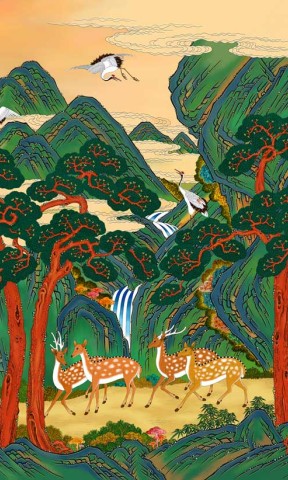 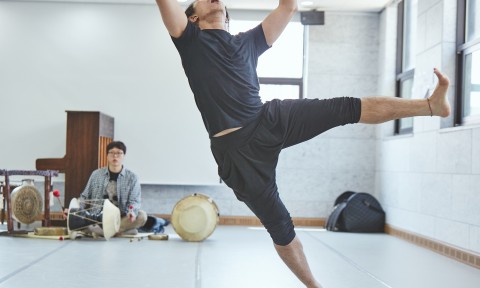 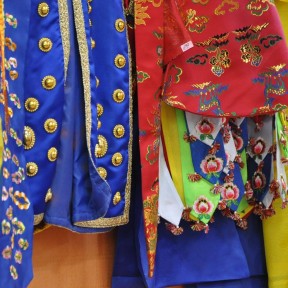 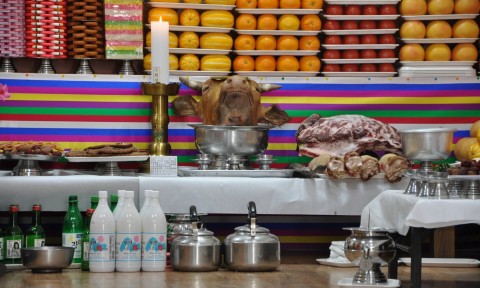 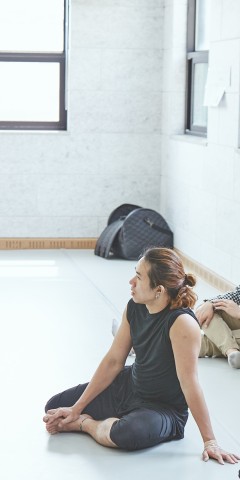 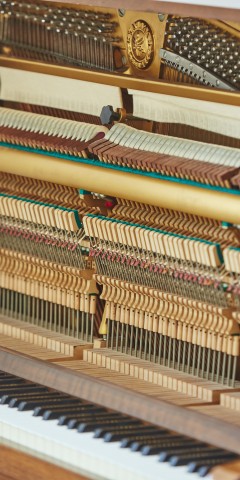 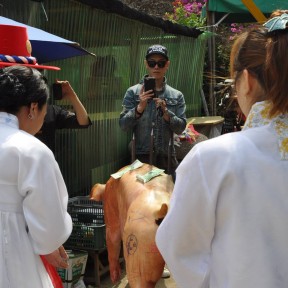 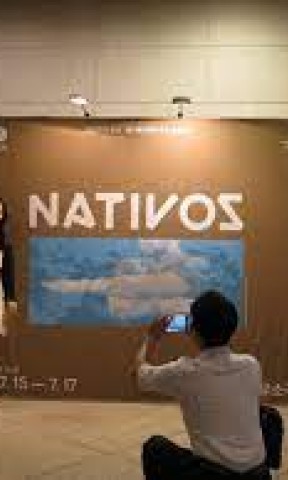